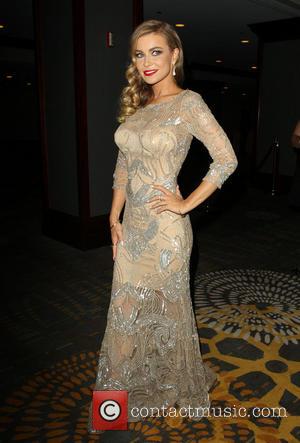 Model/actress Carmen Electra is set to release her first single in 15 years.

The former Baywatch star burst onto the scene as Prince's protegee in 1991 and now she has revealed she is releasing a new song, titled Werq (sic), in December (13).

She tells U.S. breakfast show Today, "I'm really excited to get back to doing what I love to do, which is perform and be on stage. That's how I started my career, so everything's coming full circle."

Electra, who was romantically linked to music mogul Simon Cowell earlier this year, opened up about her musical plans a year ago (Dec12), when she told Spinner.com she was hoping to become an electronic dance music pin-up.

She said, "My absolute dream collaboration would be Skrillex. I also love Kaskade."

She released one unofficial new track, I Like it Loud, at the beginning of 2013.