Carmen Electra, Dave Navarro - back together?

Carmen Electra, Dave Navarro - what's going on there? The former couple reunited on the red-carpet at a hard rock awards show in downtown Los Angeles on Thursday night (April 24, 2014), and they even took a selfie. Sticking out their tongues, the pair posed together, with Dave tweeting out the image with the caption, "May get lucky with one tonight." 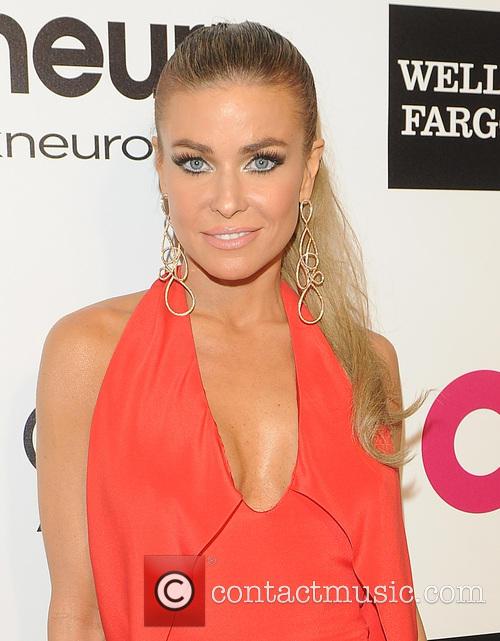 Carmen Electra, Dave Navarro - Back Together?

A source said: "They aren't rekindling anything. They've always been really good friends. Just friends who really get along well."

Carmen and Dave seemed pretty happily married during their 3 and half years together, but they divorced amicably in 2007.

The selfie came after a source told E! News that Carmen had split with her boyfriend Tal Cooperman. "They split almost two weeks ago. They weren't really dating per se, just dates here and there. They hadn't been doing too well," said the insider. The pair were introduced by mutual friends around three months ago.

Carmen, who had a brief relationship with Simon Cowell, previously said: "We are taking it slow and really trying to get to know each other, but so far we are really happy! He's gorgeous and a lot of fun."

Carmen was also married to Dennis Rodman in 1998 before their romance ended in 1999. She also got engaged to Korn rocker Rob Patterson in 2009 before the pair split up in October 2012.