The actors needed strong stomachs for these special effects.

Expect some truly appalling scenes in 'Alien: Covenant'. There are many parallels to the original 1979 movie and yet new star Carmen Ejogo was still unprepared for the gruesome nature of her latest movie. Ridley Scott has most certainly not turned down the horror element of his much-loved franchise. 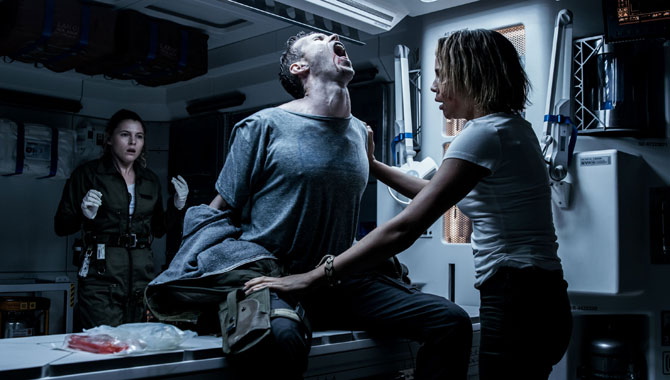 Carmen Ejogo and Benjamin Rigby in the back-burster scene

Just like John Hurt's character Kane was killed in the shocking chest-burster scene in 'Alien' 38 years ago, so Benjamin Rigby's character Ledward also gets to give birth to a Neomorph on board the Covenant - though this time it's more of a back-burster scene and it's just as disgusting. In fact, Carmen Ejogo felt her emotions get the better of her on set.

'It's a really horrifying thing to witness even as an actress in the room, knowing that you're working with prosthetics and actors and special effects', she said. 'It was still such a visceral moment for all of us that it had me emotional in a way I wasn't really anticipating. Which was great! Hopefully that was caught on camera. But it was also testament to the work of the special effects unit.'

Carmen Ejogo is most recently known for her role as Seraphina Picquery in 'Fantastic Beasts and Where to Find Them', and 'Alien: Covenant' sees her reunite with her co-star Katherine Waterston in the movie. Carmen is also set to appear in the Trey Edward Shults' horror 'It Comes at Night' which arrives in June, and she'll star as Bria Jones in the forthcoming second season of TV series 'The Girlfriend Experience' based on the 2009 film of the same name by Steven Soderbergh. 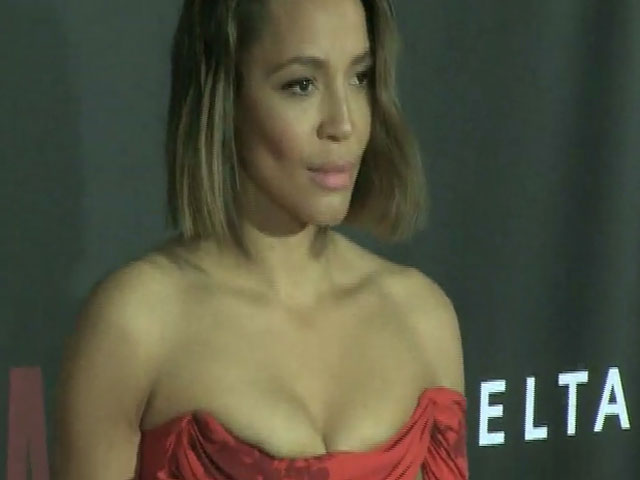