The ‘Call Me Maybe’ singer has given us an unlikely pairing as Hanks teams up with Bieber.

‘Call Me Maybe’ singer Carly Rae Jepsen is back and she’s sure bringing out the big guns for her latest music video. In the video for ‘I Really Like You’, Oscar winner Tom Hanks shows off his lip syncing skills on a frosty New York winter morning, while the singer and her actor pal are later joined by a surprise guest in the form of pop star Justin Bieber, who also braves the cold for a group dance at the end. 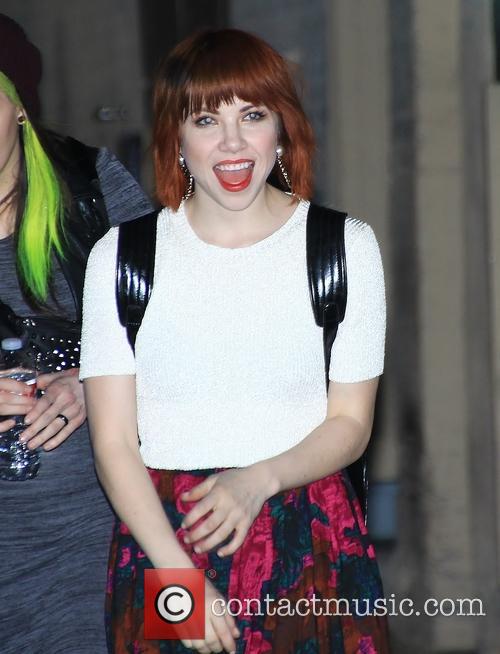 The video shows Hanks walking through New York who miming to Jepsen’s single as he encounters fans and friends on the street on his way to set. But as Jepsen joins him for the big dance number at the end, fellow Canadian pop star (and Scooter Braun client) Justin Bieber makes a surprise appearance, joining Forest Gump for some synchronised dancing.

Speaking to MTV Jepsen said, “I had this concept that because the song was so sweet and kind of adorable, I wanted the video to be really funny, and so I had a vision of a Wes Anderson type of direction where a guy sang it– somebody unexpected.”

“And Scooter [Braun] is friends with Tom and he was telling him how I’d been kind of politely stalking characters, being like ‘do you want to be in my video?’ And over dinner Tom was like, ‘why didn’t you guys ask me?’ So he kind of volunteered himself on the coldest day of New York winter.”

The singer said she had a wonderful time filming with the screen legend, even if Hanks wasn't so great at remembering her song’s lyrics. “There was a moment when he was filming it when he was like, ‘does someone have a lyric sheet?’ I was kind of tucked in the corner watching everything and I was like ‘I know the words,” Jepsen said.

“He’s like what’s that second line? I’m like well, ‘I really want to fly with the boy on the moon, so honey hold my hand you like making me wait for it,’ and he’s like ‘ok,’ and I walked back to my corner and I’m like I just fed Tom Hanks lines from my journal, and now he’s going to sing them, life is so weird.”

Jepsen premiered the video on Friday night’s edition of 'The Daily Dish' on BravoTv.com, the single is taken from her upcoming third studio album, due out sometime later this year.