The video was recorded in March 2015 before the British general election, but was quickly shelved and never broadcast, its creators sworn to secrecy.

Former Liberal Democrat leader Nick Clegg spent close to £8,000 on a parody version of Carly Rae Jepsen’ music video for ‘I Really Like You’ in the run-up to last year’s general election, it has been revealed.

The ex-deputy Prime Minister is seen hamming it up, re-creating Tom Hanks’ famous role in the music video, which became a viral sensation in March 2015. However, where Hanks is seen walking down the streets of New York City, Clegg’s video sees him strutting the mean environs of Gravesend in Kent. 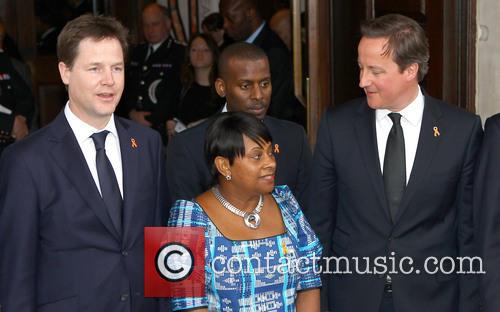 The video was quietly shelved after it was finished, never to be broadcast, because it didn’t actually contain any reference to Lib Dem policies. Behind-the-scenes pictures emerged at the time it was filmed early in 2015, but the purpose of the project was unknown until the Times published a report on Thursday morning (July 21st).

It happened in the final weeks before polling day last May, before the election in which the Lib Dems were virtually wiped out, from a total of 57 seats in 2010 when they got to form a coalition with the Conservatives to just eight.

The video, which the party had hoped would go viral like the original, was intended to be “fun” and differentiate the Lib Dems from the rest of the parties.

An inside source high up within the Lib Dem party told the Times that when they had finished and Clegg looked at the finished product, he said to everyone: “Why the f*** did I do that?”

Staff members involved in the video’s filming were apparently sworn to secrecy after the decision was made to shelve it, but the same source was able to look back upon the incident with humour.

“On reflection it definitely would’ve gone viral, but probably not in the way we’d intended. Although I doubt it could’ve made the election result any worse.”

More: Carly Rae Jepsen – “working with Tom Hanks was one of the best days of my life”