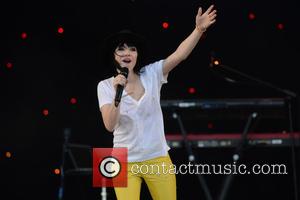 The Call Me Maybe sweetheart has revealed she wrote the tune with songwriting collaborator Bonnie McKee but decided the lyrics were too explicit to include the tune on her third album.

She tells New York radio show Zach Sang & The Gang, "We got in the room and we were both in a really weird mood and we wrote a song about, basically being alone... Trying to find a delicate way to say this. It rhymes with contemplation."

The pop star adds, "'We were kind of laughing a little bit later on because it got picked up actually. There's a group in China that wants to make it their next single, and we were like, 'Alright! I wonder if they know what it means?'"