Carly Rae Jepsen wants Twitter ''beef'' like Taylor Swift and Nicki Minaj because she has never feuded with another star online. 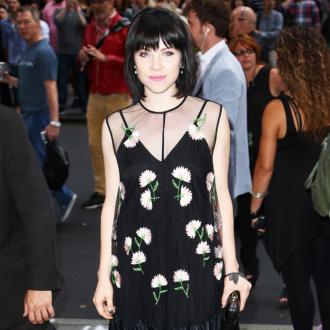 The 29-year-old star has revealed she felt left out when she saw Nicki Minaj and Taylor Swift feuding online earlier this week as she's never got into an online argument.

Speaking to Nick Grimshaw on BBC Radio 1, she quipped: ''I wanna have a beef! Pick someone for me to have a beef with.''

However, the 'Call Me Maybe' hitmaker doesn't believe in all of the celebrity rows which the media reports on and thinks the media are always exaggerating any comments stars make to each other.

She explained: ''I actually feel like there is kind of a new age and women are much less competitive. I feel like the media does that too [exaggerates] sometimes, like back in the day when Britney Spears was against Christina Aguilera and it's like, is that really real? Or are they [the media] just trying to cause trouble?''

However the star - who recently premiered her new single 'Runaway With Me' - insisted she is focusing on her own music at the moment with her third studio album 'Emotion' and teased she is planning to tour later on in the year.

She said: ''I believe we're doing something for the late-fall, but I don't have dates yet.''