Carly Rae Jepsen isn't always in the mood to be recognised

Carly Rae Jepsen is sometimes ''just not in the mood'' to be recognised by fans and has even lied about her identity in the past. 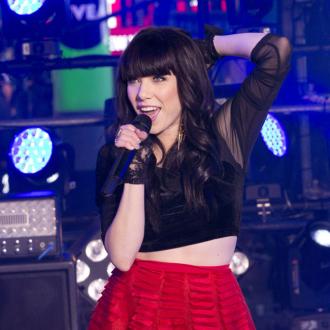 Carly Rae Jepsen is sometimes ''just not in the mood'' to be recognised.

The 'Call Me Maybe' hitmaker admits she initially found it ''shocking'' when she lost her anonymity after the track became a worldwide hit in 2012.

''Everyone's experience with LA is either love, or it takes a couple years to adjust to it, if you've come from a different world. I landed in a place that I had never spent any significant time before, and I was suddenly famous.''

Carly has even lied about her true identity in a desperate bid to go unnoticed in the past.

She told Time magazine: ''Sometimes you're just not in the mood. I remember going to fro-yo, and I didn't have [cash]. The girl was like, 'Are you the girl...' and I was like, 'No, I get that a lot though!' I just would like my fro-yo and to get out of here.''

The starlet is gearing up to release her new album, 'Emotion', later this week and hopes people will be more interested in her music than her private life.

She added: ''For lovers of pop music, I want to be able to scratch that itch. I love pop music from the '80s because there's so much longing in it. The melodies aren't just hooky for the moment and annoying in your head - it's emotional. That was my mission statement. I wanted to make an emotional '80s pop album.''