Her next single 'Run Away With Me' comes out in July.

Fans have been eager for this moment since the release of 'I Really Like You' in March, and now Carly Rae Jepsen has finally announced details of her forthcoming third album 'Emotion'. If that wasn't exciting enough, she's also got a new single coming even sooner. 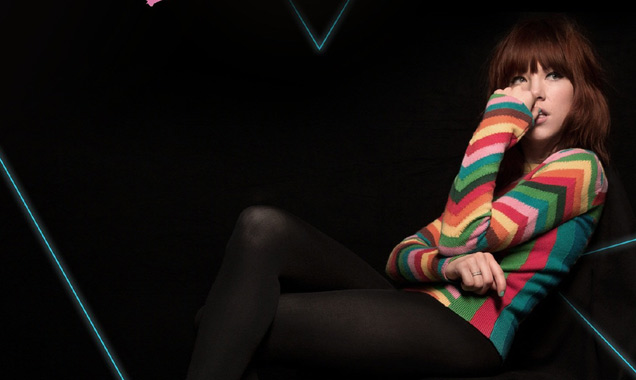 'Emotion' is set to drop later this summer

After the success of 2012 album 'Kiss', featuring the sing-a-long epic 'Call Me Maybe', Ms. Jepsen had a range of writers and producers clamouring to work with her for this, her new album, 'Emotion'. Recorded in studios in Los Angeles, New York and Stockholm, the popstar got to share her album writing process with some musical legends such as Sia, Greg Kurstin and Peter Svensson among many others.

'I took my time with this album and wanted to make a pop record that had heart to it', says Jepsen. 'I was lucky enough to work with some of my favorite writers and producers and together we made a collection of songs that I couldn't be more proud of.'

More: Watch the video for 'I Really Like You'

Probably the most publicized area of her latest release is the epic video for 'I Really Like You', which features Tom Hanks lip-synching along to the innocent, school-girly lyrics. Since then she's performed the song on 'Saturday Night Live', along with another new track entitled 'All That'. Other TV appearances include Good Morning America, Jimmy Kimmel Live!, The Ellen DeGeneres Show and Dancing With The Stars, and she is set to appear on 'The Today Show' on August 21st 2015 with her next single 'Run Away With Me'.

'Run Away With Me' will be officially released in July, but will be available - along with 'I Really Like You' and 'All That' - to fans who pre-order the album from June 23rd.

'Emotion' will be released on August 21st 2015 through Schoolboy Records/Interscope.