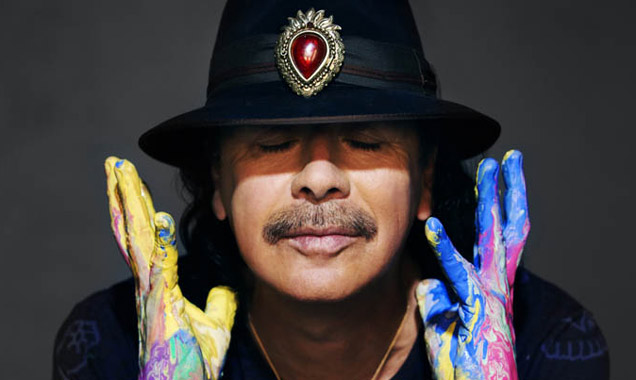 Ten time GRAMMY®-Award winning rock icon and Rock and Roll Hall of Famer, Carlos Santana announced that he and his band Santana will be releasing their first ever Latin Music album on 5th May entitled Corazón on Sony Music.

Santana performed many of the songs from his forthcoming album Corazón at a once in a lifetime concert event in December, accompanied by many of his album special guests, all celebrating their Latin music heritage in Guadalajara, Mexico (in his native state of Jalisco) at Arena VFG in Guadalajara. The concert entitled "Corazón, Live From Mexico: Live It To Believe It," will be broadcast on HBO Latino and HBO Latin America this spring and released later on DVD. This is the first time ever that HBO Latino and HBO Latin America have joined forces to premiere a concert event in the US and Latin American regions.

"Corazón, Live From Mexico: Live It To Believe It," the concert was a homecoming for Carlos and a festive kickoff event to mark his forthcoming album CORAZÓN, a project close to his heart.

Corazón, the concert and album project brings Carlos back to his birthplace, in the city of Autlan, just south of Guadalajara and celebrates Carlos' love of his musical heritage, as well as showcases Carlos' own personal influence on Latin music and on today's generation of Latin superstars. Many genres of Latin music are represented in these collaborations including pop, rock, salsa, hip-hop, folk, reggae, traditional and bachata.

Corazón is available to pre-order now on Amazon