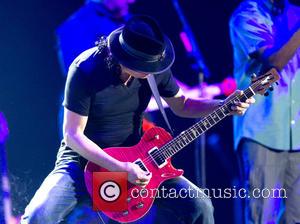 He was best known as a songwriter, producer and manager for 1970s Southern rock band Atlanta Rhythm Section (ARS), helping them become one of the foremost artists of their genre.

Atlanta Rhythm Section vocalist Rodney Justo paid tribute to his talented friend of over five decades, in a statement to The Hollywood Reporter, which reads: "Buddy wanted to be a songwriter - that's his thing. Buddy was a very loyal kind of guy and loved loyalty. He used to tell me that people forget their beginnings.

"He was a character. He was one of a kind. A full life is a gift, a long life is a bonus... and we should all live the full life that Buddy lived."

Buie frequently co-wrote tracks with another ARS member, James "J.R." Cobb, who began penning tunes with Buie in the mid 1960s up until about six months ago, with at least 100 songs in their vault.