Santana: 'Simmons Is No Musician' 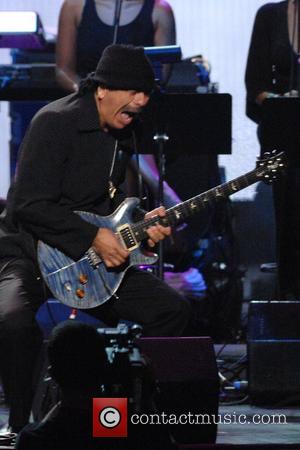 The SMOOTH hitmaker is appalled by the standard of Simmons' music and insists the rocker hides his lack of skill behind layers of gothic clothing and black make-up.

Santana says, "He's not a musician, he's an entertainer. A musician is (JOHN) COLTRANE, Bob Marley. Kiss is Las Vegas entertainment, so he wouldn't know what music is anyway. That's why he wears all that stuff.

"A musician doesn't need the mask and the mascara so there's a difference between an entertainer and a musician."