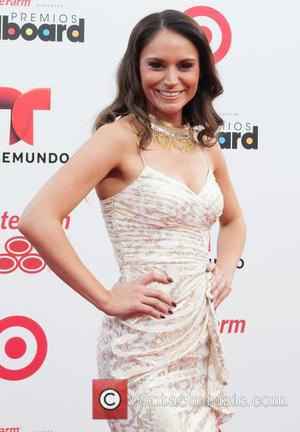 Guitar great Carlos Santana has confirmed reports suggesting the original line-up of his namesake band has regrouped for a new album and tour.

The Smooth hitmaker reveals Journey star Neal Schon, his former bandmate, has masterminded the get together and Santana has been working with his old pals for the first time since 1972.

He tells Rolling Stone magazine, "He (Schon) hunted me down like a guided missile."

And now the group is planning a tour after Santana completes his upcoming dates with Rod Stewart.

He adds, "It's been so much fun to be back in the room with them. If you stand back near a woods (sic), you can really see the trees emanating oxygen. It's like that being with this band. You can hear the music coming out just looking at them."

And there will be a very special guest onstage if the tour comes together - Santana's former drummer Marcus Malone.

The rock star recently reached out to the percussionist after learning Malone had fallen on hard times following a prison stint on manslaughter charges - and was living on the streets of Oakland, California.

Santana explains, "Until recently, he was living in a container on the street... I made sure he was taken care of. I'm going to invite him to play on at least two songs with the original Santana."