Carlos Santana Reunites With Ex-Bandmate Who Is Now Homeless

WATCH: While a news reporter films a segment on illegal dumping in the streets of Oakland, a homeless man is discovered to be the long-lost bandmate of Carlos Santana, and they reunited this past Friday (Dec 20th). 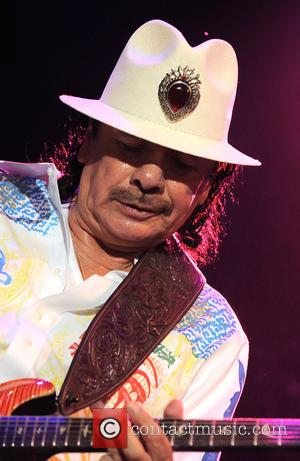 Legendary guitarist Carlos Santana reunited with his ex-bandmate who now lives on the street of Oakland, USA.

A reporter called Stanley Roberts is responsible for their reunion after discovering the homeless man while producing a story about illegal dumping for a San Francisco television station, KRON-TV reports.

The man, who Santana has not seen in decades, is percussionist Marcus "The Magnificent" Malone. Reporter Roberts found a man rummaging through garbage for anything he could find and decided to interview him.

Malone told the, at first sceptical, news crew that he was once a music composer and a landscaper, revealing he used to be a member of Carlos Santana's original blues band.

"At one time I was with the Santana band, the original Santana blues band," Marcus said. "Now I'm homeless and on the streets."

After checking out Marcus's claims, what was unveiled was quite astonishing, the homeless man wasn't only just a member of the band but they formed in his mother's garage, the Associated Press reports.

The pair lost contact after Marcus was sent to San Quentin State Prison in 1969 and has struggled to lead a stable life following his release.

This past Friday Roberts took Santana to meet with Marcus and caught their reunion on camera.

"You don't know how afraid I am to let you see me," Malone said in a quite fragile voice as he and Santana hug each over for the first time in decades.

"We cherish you," Santana replied. "It's an honor to be in your presence."

Santana also promised Malone that he will get him a new set of congas and help him get back on his feet.

Since the story aired, percussionist Rod Harper and producer Bobby Scott, who were also original members of the Santana Blues Band, are hoping to reunite with Malone.

Watch their reunion below