Legendary blues singer Carlos Santana was reunited with a member of his original Santana Blues Band, Marcus 'The Magnificent' Malone, who had been homeless for a number of years.

Mexican-American singer and Woodstock alum Carlos Santana was reunited with a former bandmate after decades apart on Monday (23 December) for a special performance. 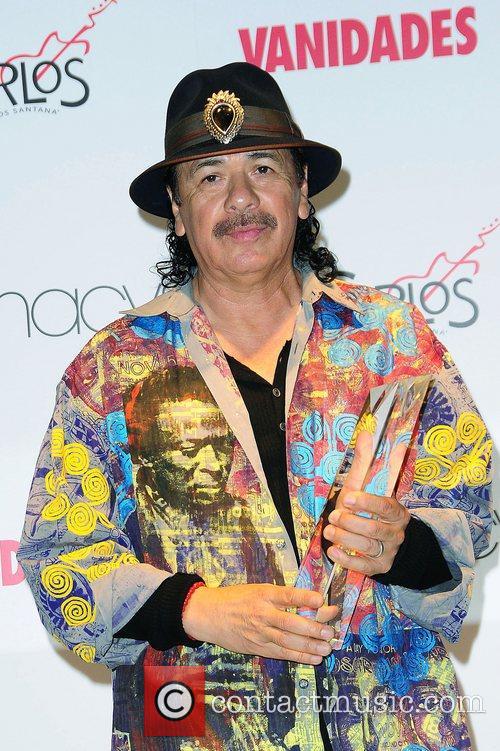 Carlos Santana was reunited with one of his bandmates from the original Santana Blues Band.

A homeless man was interviewed by a reporter last month and made the evening news after he described how he'd discovered a pair of jeans with $800 in the pocket. Santana, after seeing the homeless man interviewed by Stanley Roberts, a reporter for KRON4, recognised the man as his former bandmate and long lost friend, Marcus 'The Magnificent' Malone.

Santana set out in search of Malone in Oakland, California but could not find his old friend anywhere. He finally contacted Roberts who immediately set out to find Malone and successfully located him living in a mobile home.

Santana and Malone were reunited and shared a heartfelt reunion. Santana explained why he had searched his friend out, telling Malone: "It's an honour to be in your presence man. I always cherish you man, you and your family were so gracious to us."

When asked to confirm if the homeless man was indeed his former bandmate, Santana confirmed: "That's him man. That's magnificent Marcus Malone. His spirit is indomitable."

Malone was in Santana's original Santana Blues Band in which he played percussion in the early 1960s. Unfortunately Malone was unable to continue in the band as he was imprisoned, for unknown charges. After practising his trade across the US, playing various gigs, Malone became homeless.

Meanwhile, Santana's career sky rocketed and he became hugely successful, particularly throughout the late 1960s and 1970s. He has gained a star on the Hollywood Walk of Fame and continues to perform regularly, even making a guest appearance on the American Idol final in 2009.

Malone's luck may well have turned owing to his friend's intervention. Santana has promised to find Malone somewhere to live and has even suggested he will record a single with the original band members.