Ferdinand may be as big and clumsy as any other bull, but despite his startling appearance, he's the friendliest bovine you could ever hope to meet and adores smelling flowers more than anything. However, after one or two mishaps and misunderstandings, he is labelled a danger to the public and taken away from his friends. When he is captured and forced to take part in a Spanish bullfight, he doesn't know the first thing about fighting. But with a little help and encouragement from his newfound (smaller) friends, he learns that he doesn't have to be a fighter to look like one.

Blu and Jewel's babies are growing up fast and developing an eagerness to learn about the world outside their Brazilian bird sanctuary run by kind owners Linda and Tulio. The free-spirited Jewel is also getting itchy feet, with the death-defying adventures of 'Rio' now wearing off, and is determined to venture out into the Amazon rainforest to meet other blue macaws and teach her children about life in the jungle. Joining them once again are their colourful avian friends Pedro, Nico and Rafael, and Luiz the bulldog who, just like Blu, struggle to adapt to the wild. On their new journey, Jewel meets her father after a long time apart, though he is anything but warm towards her slightly awkward mate. The in laws are the least of Blu's worries though as Nigel the evil Sulphur-crested Cockatoo is set to return once again with a revenge scheme on his mind.

'Rio 2' is the brilliant and wacky sequel to 2011's 'Rio' and sees the return of director Carlos Saldanha ('Ice Age', 'Robots') with a new co-screenwriter Don Rhymer ('Big Momma's House', 'The Santa Clause 2'). As well as all your favourite characters from the original movie, you'll get to see a lot more adorable new creatures as it hits UK cinemas in 3D on April 4th 2014.

Most of the original team are back on-board for 'Rio 2' but audiences will have to hold out till 2014! All Your Favorite Characters Are Back In 'Rio 2'

The sequel to 2011's 'Rio' is getting closer, with the return of Ice Age director Carlos Saldanha and a new trailer looks like the new movie has just as much feathery fun to offer as the original. It once again follows Blue and Jewel, the two macaws living a pretty idyllic lifestyle with their caring owners Linds and Tulio, who seek to keep them safe from smugglers.

The pair frequently throw bird parties for their pals, Pedro, Nico, Toco the Toucon and Luiz, but when the free spirited Jewel wishes to venture into the wilderness of the Amazon rainforest to raise the couple's children amongst normal birds, their steady lives begin to unravel. Blu is used to being domesticated and he struggles to adapt to his new surroundings  - something not helped by the return of the evil Sulphur-crested Cockatoo Nigel whose sole aim in life is to make Blu's life anything but easy.

Blu and Jewel live as an idyllic life as any blue macaw could wish for, raising their babies under the protection of their owners Linda and Tulio; two humans determined to keep the Brazilian jungle safe from the likes of the smugglers that previously endangered them. Rio bird parties are regular, and their flamboyant and unusual friendship group comprising of Pedro, a Red-crested Cardinal; Nico, a Yellow Canary; Rafael, Toco Toucan; and Luiz, a bulldog, are still with them enjoying their wonderful tropical lives. However, Jewel - a free spirit - wishes for nothing more than to venture into the wilderness of the Amazon rainforest; to raise their children among 'normal' birds and learn the ways of the wild. Used to being domesticated, adventure has never been a part of Blu's character and while struggling to adapt to his new surroundings, he finds himself intensely worried about the fate of his family. And when Nigel the evil Sulphur-crested Cockatoo makes his return, their new lives becoming anything but easy. 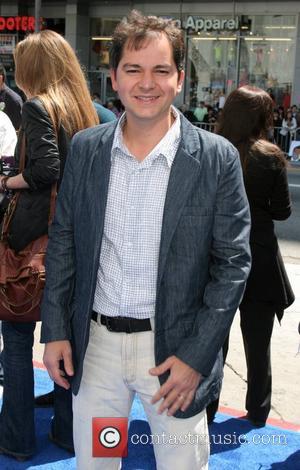