Danny will star alongside his fiancee Carley in 'Sleepless The Musical' in 2017.

The job offers are coming in for the defeated ‘Strictly Come Dancing’ finalist Danny Mac, as it has been revealed that the actor will be starring in a new musical theatre adaptation of Sleepless In Seattle alongside his fiancée Carley Stenson.

28 year old Danny is best known for his role as Mark ‘Dodger’ Savage in Channel 4 soap ‘Hollyoaks’, but he’ll be taking up the role of Sam in ‘Sleepless the Musical’ when it opens at the Theatre Royal Plymouth on April 1st 2017, alongside his partner Carley as she plays Annie.

The production will then move to week-long stints at Salford and Dublin prior to a run in the West End in late May. 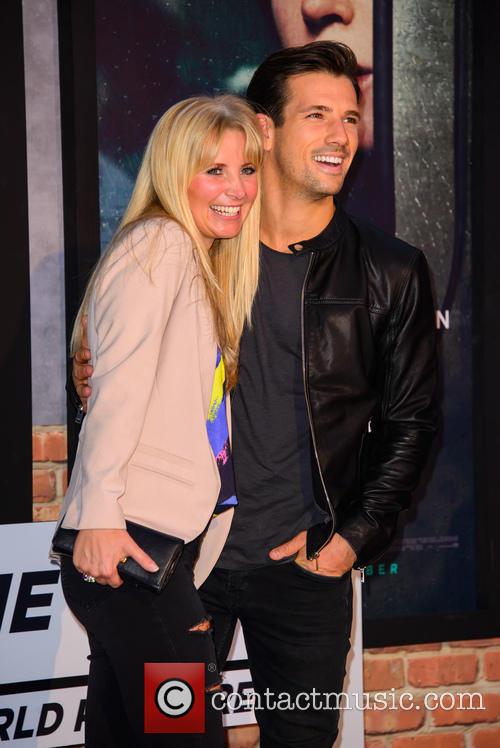 The story follows the widowed Sam, who struggles to hold things together for his eight year old son Jonah as they relocate to Seattle. However, he suddenly becomes one of the most sought-after men in America after he calls into a radio talk show.

Danny was one of two runners-up in the final of ‘Strictly Come Dancing’ on Saturday (December 17th) with his professional dance partner Oti Mabuse, as the previously unfancied sports presenter Ore Oduba took home the trophy in defiance of the bookies’ estimations.

Carley herself was once part of ‘Hollyoaks’, playing Steph Cunningham until she quit in 2011. Her West End credentials are firmly established, having played Elle Woods in ‘Legally Blonde’, Princess Fiona in ‘Shrek the Musical’ and the Lady of the Lake in ‘Spamalot’.

She and Danny announced their engagement earlier this year. Danny’s experience is mainly on the small screen, but he does have some limited stage experience in ‘Wicked’ and ‘Les Miserables’ dating way back to 1999, when he was just ten years old.