Model-turned-singer Carla Bruni Is To Front A New Car Ad In Which She'll Portray The French National Soccer Team Coach. 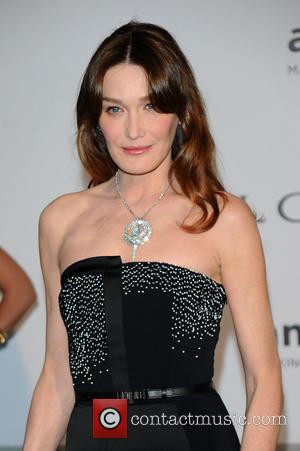 The nation's former First Lady, who famously romanced Eric Clapton and Mick Jagger, has teamed up with bosses at U.S. carmaker Ford to star in the new brand-promoting video.

Ford France's external relations director Fabrice Devanlay tells Reuters the company's bosses are aware they might divide car fans by hiring ex-President Nicolas Sarkozy's wife to front their new campaign, but he insists it's worth the risk.

He says, "Sure there's a risk, because she is marked by the political side of her marital status, but her international celebrity is an incredible driver for the visibility of our campaign."

Bruni Is France's Most Annoying Star