Carl Cox has been named the world's most influential DJ by festival GlobalGathering. 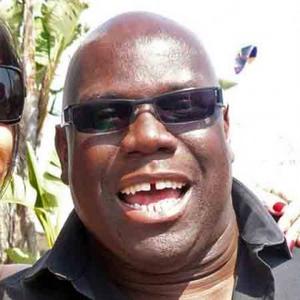 Carl Cox has been named the world's most influential DJ.

Legendary British Techno DJ and producer Carl fought off the competition from heavyweights including Tiesto, Armin Van Buuren and Pete Tong to take the top spot in a survey of 2,000 festival-goers, clubbers and dance fans conducted by festival GlobalGathering.

The 48-year-old - whose career has spanned over three decades - claimed one-fifth of the votes in the poll, and received praise from younger DJs.

'Put Your Hands Up for Detroit' hitmaker Fedde Le Grand said: "One of my biggest inspirations is Carl Cox. He's such a legend plus he's an awesome guy as well.

"I've been lucky enough to play for him in his Carl Cox and Friends arenas many times and he's still the man that's on top of his game as a DJ, a producer and as a head of his record label. He's someone that I definitely look up to."

Carl started out as a hardcore and rave DJ in the 80s before releasing his first album 'At The End of the Cliche' in 1996.

He then played two Millennium New Year parties after flying between different time zones, and has enjoyed success as a producer, artist, remixer and radio DJ.

GlobalGathering founder James Algate said: "Carl Cox is undoubtedly one of the most iconic British DJs of all time. Over the past 30 years he has paved the way for dance music to break through genre boundaries and been instrumental in bringing millions onto dancefloors across the globe."

Carl Cox - Give Me Your Love