British Rocker Carl Barat Hopes His The Libertines Bandmate Pete Doherty Is Fully On The Road To Recovery As He Battles To Conquer A Long-running Drug Addiction. 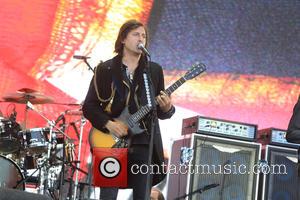 Doherty has been hooked on heroin and crack cocaine for more than ten years, but he entered a specialist rehab clinic in Thailand last year (14) in a desperate bid to beat his demons.

The treatment was such a success that he was able to reunite with the band and record their first album for 11 years, and now fellow singer/guitarist Barat has told how his pal is bravely trying to put his notorious drug-fuelled lifestyle behind him.

Barat tells Mojo magazine, "That the album is made shows he's come a long way. But addiction is a difficult and complicated journey. People think it's simple - just stop taking drugs. There's much more to it than that."