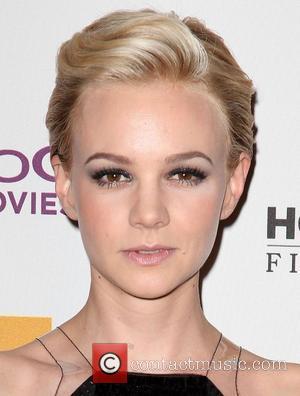 Carey Mulligan has a lasting memento of the moment she landed the leading lady role in The Great Gatsby - an onlooker snapped a photo of her stunned reaction as she received the casting news from director Baz Luhrmann.
The An Education star saw off competition from Scarlett Johansson and Blake Lively to win the coveted part of Daisy Buchanan in Luhrmann's upcoming adaptation of F. Scott Fitzgerald's classic novel, opposite Leonardo DiCaprio.
Mulligan was at a party when she was told she'd landed the role - and it was an overwhelming moment for the actress.
She tells Digital Spy, "There's a photograph actually of it because I was at an event. I was introducing Karl Lagerfeld at this event in New York. (A friend) passed me the phone and I answered and (Luhrmann) said 'Hello Daisy'.
"I burst into tears. There's a photograph someone snapped as they walked past, of me crying into a napkin on the phone."