Guests at the wedding of Carey Mulligan and Marcus Mumford were ferried to the venue in tractors. 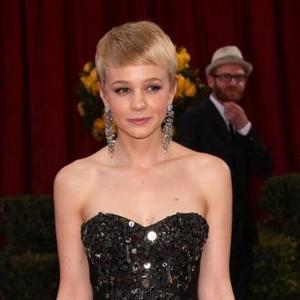 Guests at Carey Mulligan's wedding were taken to the venue in tractors.

The 26-year-old actress and Mumford & Sons frontman Marcus Mumford tied the knot inside a barn at Stream Farm in Somerset, South West England, on Saturday (21.04.12) and attendees, including the couple's celebrity friends Colin and Livia Firth and Jake Gyllenhaal, were transported around by the farm vehicles.

A source told the Daily Mirror newspaper: ''The Tractors shipped guests including Jake Gyllenhaal and Colin Firth around the site. Everyone was warned to look out for cowpats.''

Meanwhile, Carey ensured her stunning custom-made cream Prada gown didn't get dirty by teaming it with a pair of Pink Hunter wellingtons as she made her way around the farm.

The source added: ''Carey herself had a pair of pink Hunter boots on under her gown.''

Carey - who previously dated 'Transformers' actor Shia LaBeouf - and Marcus were childhood pen pals who reconnected as adults when the actress and her 'Brothers' co-star Jake attended a Mumford & Sons gig in Nashville in 2011.

A source said at the time: ''At the end of the night there were just the musicians, Jake, Carey and the Mumford boys ... we had some pizza and they just played music. Jake picked up a guitar and Carey joined in on 'Amazing Grace'. Marcus and Carey seemed really friendly.''