Carey Mulligan: No tattoos for daughter

Carey Mulligan doesn't want her daughter to have piercings or tattoos or wear make-up when she is older. 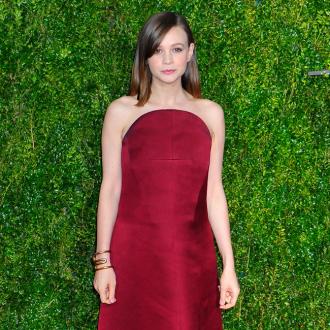 Carey Mulligan doesn't want her daughter to have piercings or tattoos.

The 'Suffragette' actress - who gave birth to baby Evelyn, her first child with husband Marcus Mumford, earlier this month - will advise her little girl not to make modifications to her body, or hide her natural beauty with cosmetics.

Asked what life lesson she'll teach her daughter, she said:

She told the New York Daily News newspaper's [email protected] column: ''I think [being a mother] is all so new at this point, it's sort of hard to reflect because it's only been the last couple of weeks but what I really love about the film is that [my character] has a little boy and she doesn't have a girl.

''Because she has a son, it's sort of reflecting the idea that this fight isn't for women.

''It's for human rights and equality and that serves men as well as women and that was something watching the film and talking about the film now is really important: That feminism isn't just for girls. It's something that is everyone's issue.''