Carey Mulligan and her husband Marcus Mumford have named their three-week-old daughter Evelyn after the stunning actress just ''came up'' with the sweet moniker. 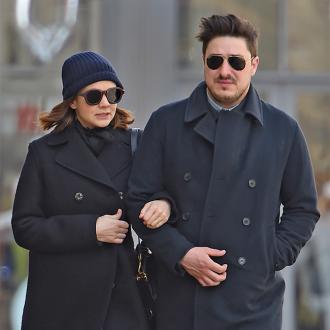 The 30-year-old actress and her husband Marcus Mumford, 28, who got married in 2012, have chosen a sweet angelic moniker for their three-week-old baby girl.

But it didn't take careful consideration and endless lists of names as she admitted to 'Entertainment Tonight' on Monday (12.10.15) that she ''just came up with it.''

Although the couple are notoriously private on their personal life, Carey confirmed earlier this week she'd given birth to a girl after rumours began to surface at the end of last week.

She screeched with excitement: ''It's a girl.''

Carey's pregnancy was first reported in March but she failed to comment on the speculation until last month when she admitted she was ''excited'' about becoming a mother.

She said: ''I've always wanted to be a mother. I love what I do, but I'm excited for this next phase of my life.''

Though she didn't comment on changes in her personal life, the private star spoke of how she feels her new film - about the women's suffrage movement of the late 19th and early 20th century - feels relevant to modern society.