Carey Mulligan And Will Smith Were Honoured With Top Acting Prizes At The 2015 Hollywood Film Awards On Sunday Night (01nov15). 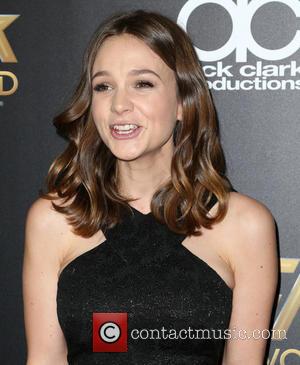 The British star was awarded the Hollywood Actress accolade for her role in women's rights drama Suffragette, and Smith won the actor counterpart for his role in upcoming sports thriller Concussion.

The stars of Quentin Tarantino's upcoming western The Hateful Eight, including Samuel L. Jackson and Kurt Russell, were awarded the Ensemble prize while the cast of N.W.A. biopic Straight Outta Compton were named Breakout Ensemble.

Other winners include Amy Schumer for Comedy, and Inside Out for Animation. The Amy Winehouse documentary also won a prize.

Robert De Niro was also honoured with a career achievement award during the ceremony in Beverly Hills.

The main winners include:

Hollywood Song - Wiz Khalifa and Charlie Puth, See You Again from the Furious 7

Hollywood Animation - Pete Docter, Inside Out