The BET Awards 2020 will go ahead virtually on June 28

The annual BET Awards, celebrating the best in black culture, will still go ahead on June 28, but virtually. 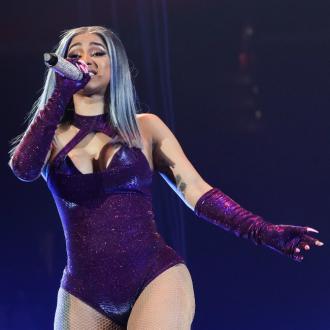 The organisers have announced that they are still going to host the ceremony - which celebrates the best in black culture - on the same date and will be ''using an array of innovative techniques and artist-generated content'' to put on an impressive show for everyone at home.

A press release added that it will be the biggest ''celebration of black love, joy, pride, and power'' yet.

''Our community, and the many millions who love black culture, look to the BET Awards for signature moments of enrichment, entertainment and empowerment.

''Recognising the unique role the BET Awards plays for so many, and the challenging times we find ourselves in, we know it was more important than ever to deliver the BET Awards in 2020.''

The nominations will be unveiled in due course.

Last year, Cardi B and the late Nipsey Hussle were the big winners at the bash.

The 27-year-old star made history as she became the first female rapper to win Album of the Year for her triple platinum record, 'Invasion Of Privacy', and she also took home the Female Rapper of the Year gong.

''You're never motherf***ing perfect for these people.

''I want to thank everybody who participated on the album - Kehlani, Chance the Rapper, YG, Bad Bunny, J Balvin and all the producers, thank you very much.

''I'm glad I made an album that your sister, your mother, your grandmother like it.''

A blue carpet was laid out in tribute to Nipsey - who was known for wearing blue outfits on stage - after he was tragically shot dead last March, aged 33.

He was posthumously given the Humanitarian Award and also won Best Male Hip Hop Artist.

The 'No More Drama' star also performed on the night, as did Lizzo, and Lil Nas X.

Snoop Dogg won the Best Gospel/ Inspirational Award for his song 'Blessing Me Again' with Rance Allen, and Childish Gambino scooped the Video of the Year prize for 'This is America'.

The virtual ceremony next month will kick off at 8pm (ET).

Cardi B vows to release new album next year

Cardi B joins Playboy as creative director in residence

Cardi B returns with new song Bet It from Bruised soundtrack