Cardi B wants to perform WAP in front of a crowd

Rap star Cardi B has revealed she is desperate to perform 'WAP' in front of a live crowd. 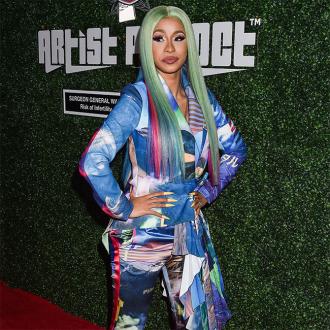 Cardi B is desperate to perform 'WAP' in front of her fans.

The 27-year-old star has topped the US charts with the hit single, and Cardi has admitted via Twitter that she'd love to perform the song at concerts and festivals.

Cardi - who features on the track alongside Megan Thee Stallion - said on the micro-blogging platform: ''Yoooo I wanna perform WAP so bad with a lot a** crowd.I miss shows and festivals..Yoooooo I would of went crazy (sic)''

Russell, 45, discussed the controversial video - which also stars Kylie Jenner and Normani - on his YouTube channel, saying it is a ''capitalist objectification and commodification'' of females.

He explained: ''If male hip-hop tropes are about the potency of male sexuality ... and then the female video is a sort of celebration of sexual potency ... it's an emulation of a template that already exists and is established by males.

''Is it equality if it has been established by the former dominator? The answer is no.''

Russell suggested the eye-catching video doesn't do anything to help liberate women.

The outspoken star said: ''I wouldn't be so reductive and simplistic to say that women celebrating their bodies using an aesthetic that's conventionally been associated with the male gaze means it's impossible that these tools could be used as a vehicle for liberation.