Singer Cara Dillon is flattered when people compare her to Kate Bush and admits she's a big fan of the singer. 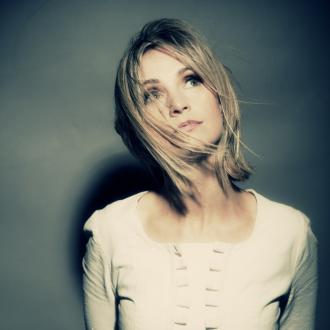 Singer Cara Dillon is flattered that people compare her to Kate Bush.

The 38-year-old folk singer is a big fan of the 'Wuthering Heights' himaker and couldn't wait to get tickets for her first live shows in 35 years at London's Hammersmith Apollo later this year.

Talking about people comparing her to the star, Cara told BANG Showbiz: ''Oh my God, I'm like Kate Bush's number one fan, so that is such a compliment.

''Maybe it might be because it's not conventional [what she sings] and it's quite soul-stirring. The songs I tend to sing are ones which have stood the test of time and I think you can hear that, I'm telling people stories using my voice.

''I loved the fact that she never really compromised anything that she was doing, she just did it herself. The kind of things she was singing about were incredible really, I think she's an inspiration to most female artists out there and paved the way for a lot of people.''

Meanwhile, Cara, who has released her new album 'A Thousand Hearts', has also been overwhelmed by praise from 'Sing' hitmaker Ed Sheeran on Twitter this month.

He posted: ''Listening to @caradillonsings new album and it's sublime, heavily recommend to anyone (sic).''

He added: ''@caradillonsings loved every single album you've put out, they are always my main home playlist x (sic).''

Cara said she was ''totally and utterly honoyred'' by his comments.

She tweeted back: ''@edsheeran wow! You've just blown my mind. What else can I say (sic).''

Discussing her new record, she also said: ''You make the music you want to make and you just hope that enough people hear it and get it.''

Cara's new album is out now.