The model-turned-actress is in her element after modelling became 'just a job'.

When supermodel Cara Delevingne said she was moving into acting, cynics sighed. But the 22-year-old has taken to her new career with a vengeance, appearing in seven films this year alone, from Michael Winterbottom's gritty drama The Face of an Angel to the fantasy epic Pan. Her first leading role is opposite Nat Wolff in the teen romance Paper Towns, based on the novel by John Green (The Fault in Our Stars). 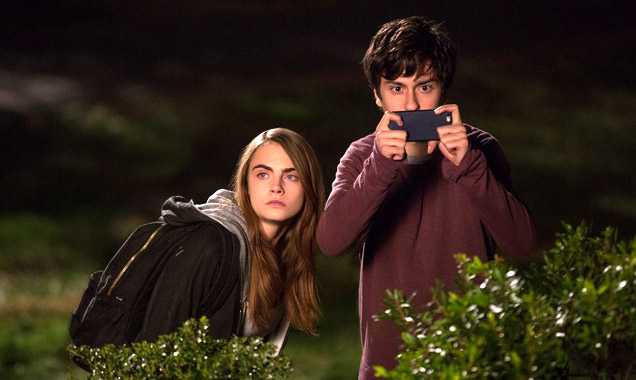 Landing this role was even better than she'd expected. "I fell in love with the character," she says. "I just thought she was so amazing. I was far more unsure and self-conscious when I was that age. So being on set was like getting to relive school again, but happy!"

Delevingne says that she never intended to make a career out of modelling. "It wasn't something that made my heart beat and built a fire inside of me. It was just a job," she explains. "I didn't overthink anything; I just did it and enjoyed myself along the way. But after a few seasons, you get used to it, and it just makes you much more aware of what you look like and what other people think. It's a bit of a nightmare!"

Now her goal is to "Meryl Streep it", to develop a body of diverse acting roles. And her next film couldn't be much more different: she is currently filming her role as the villainous Enchantress in the DC Comics Suicide Squad movie, alongside Will Smith, Margot Robbie and Jared Leto.

The worst thing about filming Suicide Squad is the diet required to fit into her costume. "I'm not allowed to drink. I'm not allowed good food," she says. "After eating McDonald's all the time and drinking too much, it started to show on my stomach and on my face. But I'm playing a homicidal witch, so I need to look ripped!"