Cara Delevingne has wanted to be an actress ever since acting in her Christmas nativity play when she was just five years old. 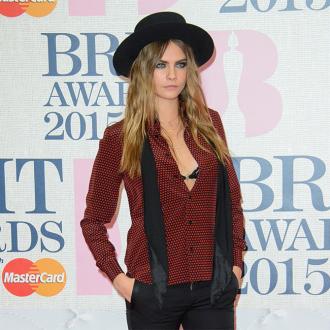 Cara Delevingne has wanted to be an actress ever since acting in her Christmas nativity play.

The British model first realised her career aspiration when she was just five years old when stepping on stage for the festive production made her feel ''alive''.

was inspired to become an actress 17 years ago at the age of five when she took part in the festive play at school because it made her feel ''alive''.

When asked when she knew she wanted to be an actress, she said: ''When I was five. The first time I was on stage: it was the Christmas Nativity. I just loved causing a reaction of some sort - smiling, laughing, crying. It made me feel alive. From that day, it was just like, I want to entertain people.''

The 22-year-old star features in the upcoming movies 'The Face of An Angel' and 'Paper Towns' as well as a number of other productions, and despite her hectic schedule involving modelling, shooting films and a rumoured move into music, she claims she isn't planning too much into the future and is taking opportunities as they come.

Speaking about her future career plans, she told Total Film magazine: ''Just to carry on. I don't really know. I try not to think about it until I'm there.''