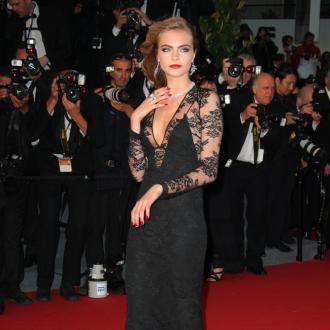 The 20-year-old model is said to have snubbed the 38-year-old actor at the afterparty for his latest movie 'The Great Gatsby' in Cannes, France, last week, and rejected his invitation to attend a private celebration.

A source said: ''Normally all Leo has to do is look at a girl and they fall at his feet. Though Cara was having none of it.

''He spent the night chasing after her and essentially she blew him out.

''They spoke and he was pretty forward inviting her to a party back at his suite. They swapped numbers but that was it.''

The British beauty is said to have turned down Leonardo - who has previously dated models including Gisele Bundchen, Bar Refaeli and Erin Heatherton - because she felt the 18-year age gap between them was too much.

The source added to The Sun newspaper: ''He tried every trick in the book and apparently kept lunging for her but she kept dodging them.

''Everyone is howling at the fact she actually knocked back the biggest actor in the world.

''She thought he was too forward and too old.''