Cara Delevingne to move in with Michelle Rodriguez?

Cara Delevingne and Michelle Rodriguez are reportedly moving in together after becoming close in recent weeks. 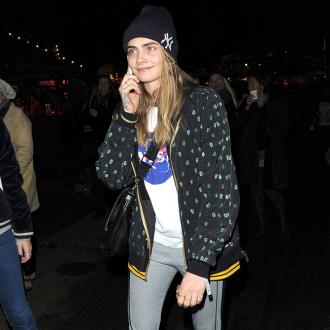 Cara Delevingne wants Michelle Rodriguez to move in with her.

The British model and the 'Fast and Furious' actress have become inseparable in the past month and are reportedly now house hunting in Britain for their own place.

A source told The Sun newspaper: ''They love spending time with one another so moving in is a no-brainer.

''Splitting their time between London and LA would suit both of them. Cara's family have met Michelle and think she's great.''

Michelle, 35, and 21-year-old Cara sparked rumors they were dating after being spotted cuddling up to each other while watching the New York Knicks defeat the Detroit Pistons at Madison Square Garden at the beginning of the month.

The Burberry model - who has been romantically linked to One Direction star Harry Styles - hinted in the past that she is attracted to both men and women.

She also wrote a cryptic message on Twitter in November, which read: ''Don't worry I play for more than one team.''

Meanwhile, Michelle admitted for the first time last year that she is bisexual after years of speculation.

She revealed: ''I've gone both ways. I do as I please. I am too f**king curious to sit here and not try when I can. Men are intriguing. So are chicks.''