Cara Delevingne has branded Richard Madden ''desperate'' after he called her ''unprofessional''. 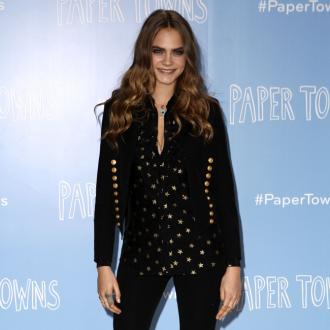 The 23-year-old model-and-actress insisted she has ''no idea'' who the 'Game of Thrones' actor is but hit out at him for recently branding her ''unprofessional''.

She tweeted to Richard: ''I have no idea who you are but I think it's little desperate for a grown man to be bad mouthing someone they don't know.

''If you really want attention that badly, try focusing on your own work and not other people's.''

Cara spoke out after Richard criticised her over her awkward interview on 'Good Day Sacramento'.

A conversation featuring the British beauty giving short and blunt answers about her movie 'Paper Towns' on US television went viral in July and was dubbed one of the most cringeworthy chats ever, but the 'Cinderella' star insisted Cara should have been more polite to the interviewers as it's part of her job.

He said: ''It was unprofessional.

''It made her seem ungrateful. She showed her age. For 'Cinderella', I did six weeks of those interviews, where you get asked the same eight questions.''

The 29-year-old hunk went on to suggest she shouldn't have become an actress if she can't deal with the necessary publicity which comes with being in films.

He added: ''If you're not capable of doing that gracefully, then don't do it.''

Cara hit out at critics following the interview by refusing to apologise and saying her sarcastic responses just showed she's ''human''.

She tweeted: ''I am soooooo lucky and anyone who thinks I am unappreciative or ungrateful clearly doesn't know me

''I work really really hard and love what I do, I don't feel like I need to apologize for being human #sorrynotsorry (sic).''