Cara Delevingne's co-star had never heard of her

Cara Delevingne's 'Paper Towns' co-star Nat Wolff claims he had no idea who she was before they met on set last year. 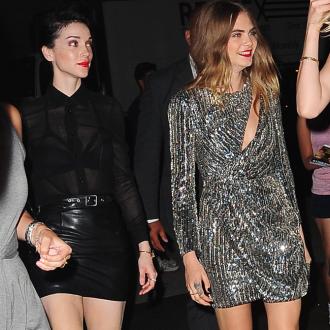 Cara Delevingne's 'Paper Towns' co-star claims he had no idea who she was before they met.

Nat Wolff thinks he was ''the only human on the face of the Earth'' who hadn't heard of the British model, 22, until shortly before they started shooting the new film in North Carolina last November.

The 20-year-old actor told E! News: ''I was the only human on the face of the Earth who didn't know who she was and then she walked in and I was like, 'I think I recognise you on a billboard outside my apartment in New York.' I think I have walked my dog past you. She just blew us away, such a good actress and she is such a wild person.''

Cara, who previously praised Nick for making her job ''so easy,'' recently admitted she was ''terrified'' to leave modelling for the film industry.

The star, who brought girlfriend St Vincent to the movie's New York premiere on Tuesday night (21.07.15), said: ''The thrill of acting is making a character real. Modelling is the opposite of real. It's being fake in front of the camera.

''I'm not sure I understand what fashion is anymore. I admit I was terrified to leave. I mean, the bubble gives you a kind of dysfunctional family. When you're in it, you get it. And the second you're out of it, you're like, 'What the hell just happened?' ''