The multi-talented star teams up with Pharrell for the 'Valerian' soundtrack.

Cara Delevingne has just unveiled her very first music video for the song 'I Feel Everything', released for the soundtrack to her new movie 'Valerian and the City of a Thousand Planets' - and it's really not half bad! Is there anything this model-actress can't do? 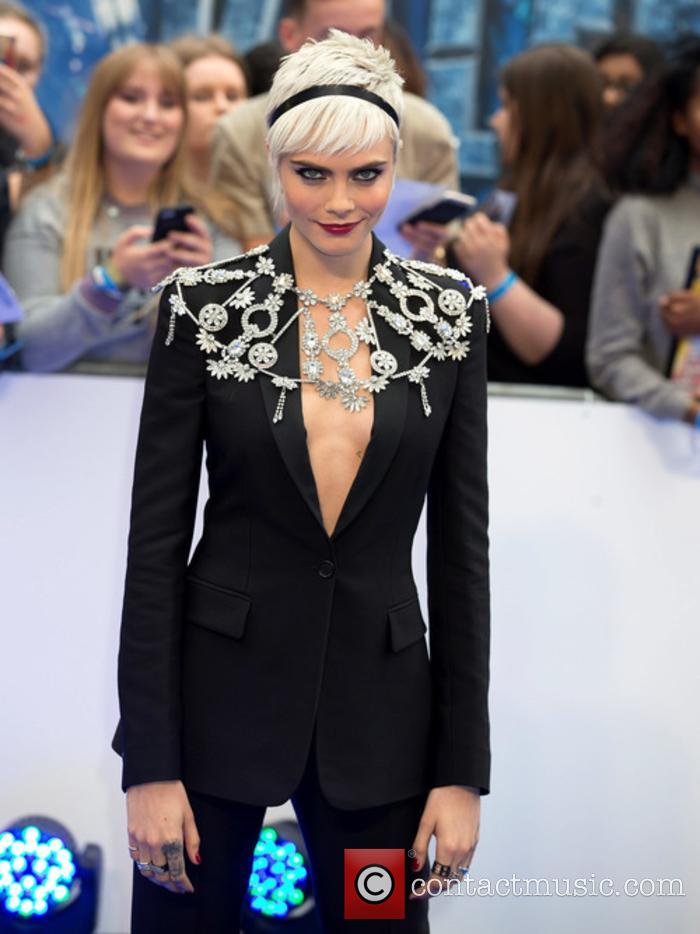 With a voice kind of like a less polished Sophie Ellis-Bextor, Cara Delevingne promotes the new Luc Besson movie with a colourful video for 'I Feel Everything' in which she dons a suit and tries on a variety of wigs. This could be just the start of a promising musical career.

The song has been produced by Pharrell Williams, but it isn't Cara's first collaboration with him - nor her first singing venture. She has previously written and recorded two albums though without a label, collaborated with British singer Will Heard on a cover of 'Sonnetanz' and covered the song 'I Want Candy' for the mini film 'Gang'. But with Pharrell she made a song called 'CC The World' for Chanel which they later performed live in 2015. Fans will also be aware that Cara is a keen drummer and guitarist.

While 'I Feel Everything' marks her first music video in which she is singing, she has in the past appeared in a number of other music videos including Taylor Swift's 'Bad Blood', Die Antwoord's 'Ugly Boy' and Donnie Trumpet & The Social Experiment's 'Nothing Came To Me'.

Her latest movie also stars Dane DeHaan, Clive Owen, Rihanna and Ethan Hawke, and sees her character of Sergeant Laureline on an adventure with the titular hero to save the sprawling intergalactic city of Alpha from a dark force that threatens the future of the universe.

Cara's next film coming up is 'Tulip Fever', which reunites her with DeHaan and comes out in August. She has also completed filming on 'London Fields' and is currently shooting the romantic drama 'Life in a Year' with Jaden Smith. Plus, she's set to appear in Ben Briand's thriller 'Fever Heart' alongside Alexander Skarsgård.

'Valerian and the City of a Thousand Planets' was released in Europe this week.