Cara Delevingne is a model, and as such the expectations for her to impress on the red carpet at Cannes were as high as ever. Good thing she got the memo to dress to impress, as her plunging floor-length Burberry gown ensured that all eyes were squared directly on her when she arrive on the red carpet for the 2013 Cannes Film Festival Opening Ceremony on Wednesday (May 15) night.

The model did have some competition on the red carpet though, as fellow model Georgia May Jagger was on duty with another floor-length gown, this time impressing with a scarlet red number that accentuated all the same bits that Delevingne was flaunting. The pair rocked the full-length look as well as showing off their chests in their plunging gowns, although the lace detail put into Delevingne's dress just edges her ahead in the best dressed category. 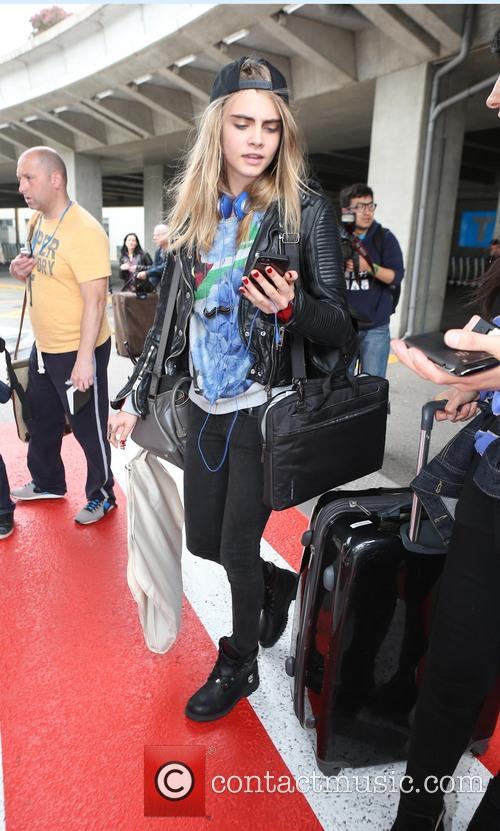 Cara Delevingne when she arrived at Nice Airport

Although her usual style of beanie hats and trainers was put to one side in favour of the much more glamourous look, the model still looked thoroughly comfortable as she posed and pouted for the cameras, treating the red carpet outside the Theatre Lumiere as though it was a Paris catwalk. She completed her look with a healthy (well) amount of shimmering jewellery, with an expertly styled blow dried hair-do.

Her catwalk style was a long way from the look she was rocking when she flew into Nice International airport only hours earlier. With the model's trademark grudgey look in full effect. Good to know that she's good at doing her job when it calls for her at least.