Cara Delevingne has decided to give modelling up, the 23-year-old confirmed in a recent interview.

Cara Delevingne has officially ditched her highly successful modelling career to focus on her acting. The 23-year-old discussed her decision to leave the fashion industry behind in a recent interview with a British newspaper. Delevingne also described the psychological impact working within the industry had on her and how she viewed her own body. 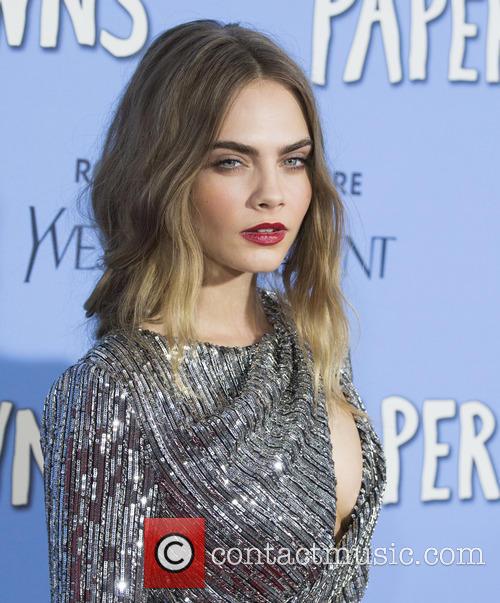 Cara Delevinge at the New York premiere of Paper Towns in July 2015.

Speaking to The Times, in an interview published on Sunday (16th August), Delevingne stated that she is “not doing fashion work any more.”

Delevingne further described the psychological impact of working within an industry which has some high expectations when it comes to models’ appearances. Delevingne explained how she had grown to “hate” her body as a result of the standards imposed throughout her decade long modelling career.

“Modelling just made me feel a bit hollow after a while,” Delevingne revealed. “It didn’t make me grow at all as a human being. And I kind of forgot how young I was… I felt so old.”

“I am a bit of a feminist and it makes me feel sick,” she added. “It’s horrible and it’s disgusting. [We’re talking about] young girls. You start when you are really young and you do, you get subjected to… Not great stuff.”

Delevingne was modelling around a decade, according to reports in EW. The Paper Towns actress became a regular feature in the fashion industry – representing such brands as Chanel and Tom Ford – after she appeared on a 2011 Burberry campaign with actor Eddie Redmayne.

She turned her attention to acting in 2012 when she appeared in Joe Wright’s Anna Karenina. Delevingne landed her first lead role last year in Face of an Angel but gained widespread publicity with her role in Paper Towns, an adaptation of John Green’s novel of the same name. She is set to appear in another six projects over the next two years, including Pan and Suicide Squad.