Caprice and Jason Momoa reportedly hit it off on the set of 'Baywatch: Hawaii' and her mom Valerie Bourret tried to set the pair up.

Caprice and Jason Momoa reportedly had huge chemistry on the set of 'Baywatch'.

Back in 2001, when the 'Aquaman' star played teen heartthrob Jason Ioane on 'Baywatch: Hawaii', the 48-year-old model-and-actress enjoyed a brief stint on the hit programme after taking over from 'Baywatch' legend Pamela Anderson, and she and Jason, who was 21 at the time, reportedly flirted up a storm during their time together.

A source told the MailOnline: ''Jason Momoa and Caprice met on the set of 'Baywatch' when Caprice was offered the lead role after Pamela Anderson departed.

''There used to be major flirting and they got on like a house on fire. Caprice's mom (Valerie) used to be on set with her and she used to try and play Cupid.

''She was always trying to make it happen because her mom absolutely loved him and she thought he was stunningly gorgeous. Caprice was older than Jason but it is no secret he likes older women.''

Caprice, who was 29 when she was on the series, is said to consider quitting 'Baywatch' as one of her ''biggest career regrets''.

The insider added: ''Unfortunately Caprice decided the lead role on Baywatch wasn't for her as she didn't want to be type cast as the babe forever. But she does kick herself for not accepting it to this day.

''It was the biggest show on TV and everyone watched it. It was one of her biggest career regrets.''

The claims come as Caprice - who is married to Ty Comfort, with whom she has six-year-old sons Jax and Jett - took to Instagram to share a snap of the pair on set and recalled the ''happy memories'' she has working on the show with the 'Game of Thrones' star and the rest of the cast, and having her mother Valerie Bourret at her side.

She captioned the post: ''Cleaned out every drawer and closet this last month .. came across these oldies but goodies ... pics when I was in Baywatch 2001 with Jason Momoa.

''(My kids just call him Aquaman as they refuse to think he is not a superhero), Michael Bergin and Jason Brooks, and of course my mom travelled with me everywhere those days #happymemories.''

Jason went on to marry Lisa Bonet - with whom he has kids Nakoa-Wolf, 11, and 12-year-old Lola Ianoli. 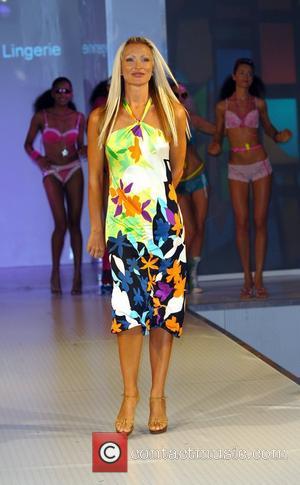