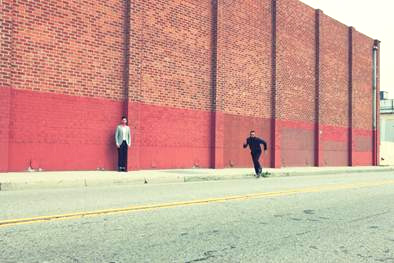 Capital Cities - the Los Angeles based band that scored a multi-format hit with its first single, "Safe and Sound," plus an MTV Video Music Award, a GRAMMY© nomination and two iHeartRadio Awards nominations - is back with a new single, deluxe album, festival dates and an opening slot on te first leg of Katy Perry's Prismatic World Tour in the states.

The shimmering "One Minute More" will be available on a deluxe version of In A Tidal Wave of Mystery that will be released March 11th.  See below for tracklisting.

Capital Cities will play the first iTunes Festival at SXSW in Austin on March 13th, both weekends of the Coachella Valley Music & Arts Festival in April, Bonnaroo Festival in June and then spend the summer on the road with Katy Perry. The North American outing will kick off on June 22 at PNC Arena in Raleigh, NC and include an evening at New York City's Madison Square Garden (July 9) and two nights at Barclays Center in Brooklyn (July 24 & 25). See below for itinerary.  The band will also make a guest appearance on E!'s The Soup on March 19th.

"Safe and Sound," the first single from Capital Cities' debut album, In A Tidal Wave Of Mystery (Capitol Records/Lazy Hooks), was one of the most ubiquitous hits of 2013. It reached No. 1 on Billboard's Alternative Songs chart, entered the Top 5 at Pop, Hot AC, Triple A and Modern Rock radio and was widely licensed. The single has  more than 75 million video views, sold almost 2.5 million copies in the U.S. and has been certified 3x Platinum in Canada, 2x Platinum in Mexico, Platinum in Germany, Italy, Sweden, Switzerland and Austria as well as Gold in Australia.