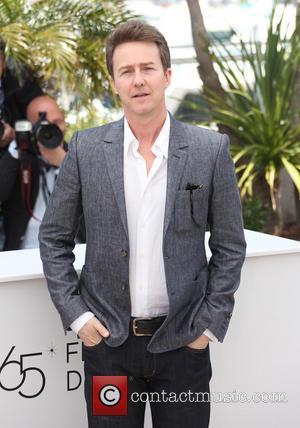 Picture: file photo * EDWARD NORTON TO BE A DAD - REPORT FIGHT CLUB star EDWARD NORTON is set to become a first-time dad - his...

The Cannes Film Festival unveiled an impressive array of jurors who will decide who will be the winner of this year's Palme d'Or, the festival's top award. Headed by Steven Spielberg, the Cannes jury will include four other directors: Ang Lee (Life of Pi), Rumania's Cristian Mungiu (4 Months, 3 Weeks and 2 Days); Britain's Lynne Ramsay (We Need to Talk About Kevin) and Japan's Naomi Kawase (The Mourning Forest). Oscar winners Nicole Kidman and Christoph Waltz will also sit on the jury as will France's Daniel Auteuil and Bollywood's Vidya Balan. Ben Child, who covers movies for Britain's Guardian newspaper, asked, Might it be the most star-studded Cannes jury in history? The 66th annual Cannes Film Festival is scheduled to get underway on May 15. The jury's decisions are due to be announced on May 26.