The best in competition for Cannes Film Festival 2017.

Cannes Film Festival 2017 kicks off this week and those officially selected for Competition are particularly exciting this year. The Palme d'Or nominees offer thrills, colour, mystery, poignant propositions as well as some of Hollywood's biggest stars. Here are nine of our most anticipated features.

Nicole Kidman stars in 'The Beguiled'

1. The Beguiled - For Academy Award winning Sofia Coppola's latest film, she adapts the Thomas P. Cullinan novel of the same name (originally called 'A Painted Devil') in a Western starring Nicole Kidman, Kirsten Dunst and Elle Fanning. They play the residents of a small Virginia girls' school who take in a wounded Union soldier played by Colin Farrell. Sexual tensions arise, which only results in pure vengeance.

2. The Killing of a Sacred Deer - Nicole Kidman and Colin Farrell collaborate in another Cannes special about a surgeon whose friendship with a disturbed teenager takes a disastrous turn. Little is known about the plot of this psychological horror, but we do know it has been directed by Yorgos Lanthimos and comes to theatres in November.

3. Okja - This South Korean-American adventure directed by Bong Joon Ho sees a young girl use all her might to defend an enormous rainforest creature (and her best friend) called Okja from a major corporation who are trying to kidnap him. Co-starring Tilda Swintonand Paul Dano, it explores themes of animal endangerment, experimentation and corporate greed.

4. The Square - This Swedish drama has been directed and written by Ruben Östlund. Starring Elisabeth Moss and Dominic West, it follows a modern art museum manager who opens a special exhibition presenting a space where there are no rules - leaving all to question their own sense of morality.

5. Wonderstruck - Children's author Brian Selznick has adapted his own historical novel into a screenplay for this Todd Haynes directed film. Starring Michelle Williams, Amy Hargreaves and Julianne Moore, the story weaves together the worlds of two young people; Ben from Minnesota in 1977 and Rose from New York in 1927; who attempt to discover their mysterious connection.

6. You Were Never Really Here - Joaquin Phoenix is the main star for this mystery thriller adapted by Lynne Ramsay from the novel of the same name by Jonathan Ames. Joaquin plays a man named Joe who is trying to rescue a girl from being trafficked for sex, only for it all to end in disaster. 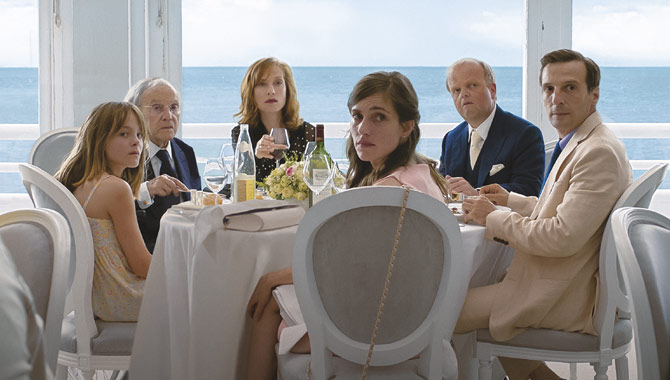 Isabelle Huppert and Toby Jones among the cast of 'Happy End'

7. Happy End - Isabelle Huppert and Toby Jones star in this timely refugee drama directed and written by the Oscar nominated Michael Haneke. Also nominated for the Sydney Film Prize, 'Happy End' is about a family in Calais faced with the crisis of refugees arriving in European Union countries from nations under IS attack.

More: Watch the trailer for 'The Beguiled'

8. Good Time - Directed by the Safdie brothers, this crime drama stars Jennifer Jason Leigh, Barkhad Abdi and Robert Pattinson and sees a bank robber on a mission to spring his brother from jail while escaping the cops who are relentlessly chasing him. It's set for release in theatres in August. 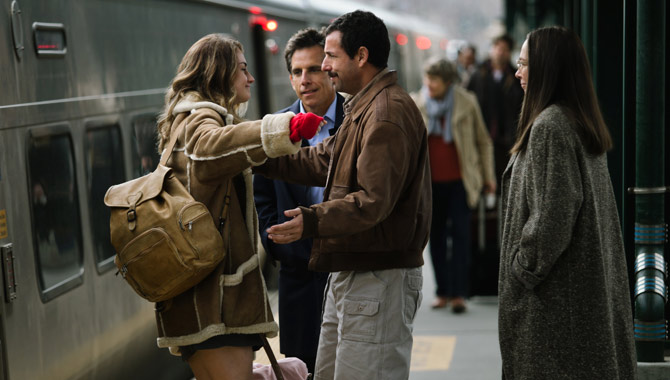 The cast of Noah Baumbach's 'The Meyerowitz Stories'

9. The Meyerowitz Stories - A new Noah Baumbach comedy featuring a number of Hollywood faces including Adam Sandler, Ben Stiller, Emma Thompson and Dustin Hoffman, 'The Meyerowitz Stories' reunites a previously estranged family in New York who are visiting to support the success of their artist father. It was previously entitled 'Yeh Din Ka Kissa'.