On The Road To Show At Cannes

'On The Road' - which stars will Kristen Stewart and Sam Riley - will show at this year's Cannes Film Festival. 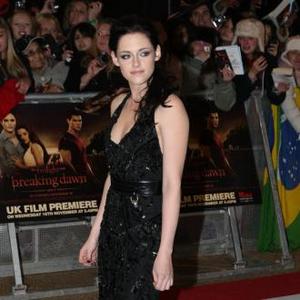 'On The Road' will show at this year's Cannes Film Festival.

The big screen adaptation of Jack Kerouac's novel - which stars Kristen Stewart and Sam Riley - will get its premiere at the prestigious event as well as competing for the coveted Palme d'Or award.

The 65th annual festival - which runs from May 16 to 27 - will open with Wes Anderson's new film 'Moonrise Kingdom', which stars Tilda Swinton, Bruce Willis and Bill Murray while Kristen's 'Twilight' co star Robert Pattinson can be seen in 'Cosmopolis'.

Andrew Dominik's 'Killing Them Softly' with Brad Pitt, 'Paperboy', by Lee Daniels and Ken Loach's 'The Angels' Share' are also in the line-up as is 'Lawless' by John Hillcoat.

The films being shown out of competition include legendary Italian director Bernardo Bertolucci's 'Me and You' and Philip Kaufman's 'Hemingway'.

The festival will close with a screening of Claude Miller's 'Therese Desqueyroux'.

The movie - which stars Audrey Tautou in the title role alongside Gilles Lellouche and Anais Demoustier - will pay homage to late director after he passed away aged 70 earlier this month.