Oscar Winner Lupita Nyong'o's Show-stopping Look On The Red Carpet At The Cannes Film Festival Opening Night In France On Wednesday (13may15) Was Inspired By Uganda's "Grasshopper Season". 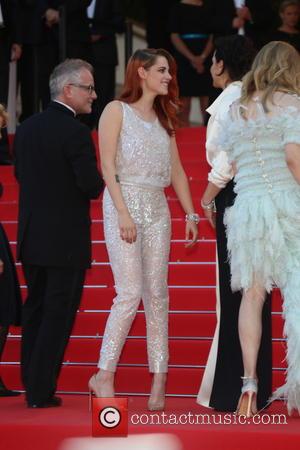 The 12 Years a Slave star was one of the many celebrities who helped open this year's 10-day film event - the 68th annual festival - but the always stylish Nyong'o stood out as she paid a special tribute to the African country, after spending the past couple of months filming new movie Queen of Katwe, based on the true story of Ugandan chess prodigy Phiona Mutesi, there.

The Kenya native has been updating fans about her time in Africa on social media, as she tours the country and meets with locals.

Taking a break from shooting, Nyong'o was in France for the festival, wearing a flowing green Gucci dress and stunned the paparazzi with a playful twirl.

She later took to Instagram.com to talk about her red carpet attire, telling followers that she was wearing "Grasshopper Green", and adding her hairstyle was inspired by "Uganda's women".

Every May and November, Ugandans look forward to rainy season, when they harvest the edible insects and take to the fields and streets to sell the fried grasshoppers in the masses.