The 27 year old Victoria's Secret model gave birth to her son on Friday.

Model Candice Swanepoel and her fiancé Hermann Nicoli have become a first-time parents, reportedly welcoming a baby boy they have named Anacã.

The South African beauty gave birth to her first child on Friday (October 7th), with her good friend, photographer Jerome Duran, being the first to break the news by posting a posed photo of Swanepoel and her huge baby bump on Instagram.

THE MOST BEAUTIFUL MAMA ?????? Congratulations!! @angelcandices @hermannicoli Welcome Anacã!!! Already sooo much LOVE for you and the new family! ????????

Duran captioned the image: “THE MOST BEAUTIFUL MAMA Congratulations!! @angelcandices @hermannicoli Welcome Anacã!!! Already sooo much LOVE for you and the new family!”

The 27 year old Victoria’s Secret model revealed in the summer that she had already chosen the name Anacã for their imminent arrival, posting a picture from her baby shower that showed the name spelled out on the nursery wall.

She and Brazilian model Hermann Nicoli have been in a relationship for over 10 years, ever since they met in Paris when she was 17. They announced their engagement in August 2015, and in March this year revealed they were expecting a baby.

“They are very happy,” an insider revealed back then, with another adding “she’s so excited”. 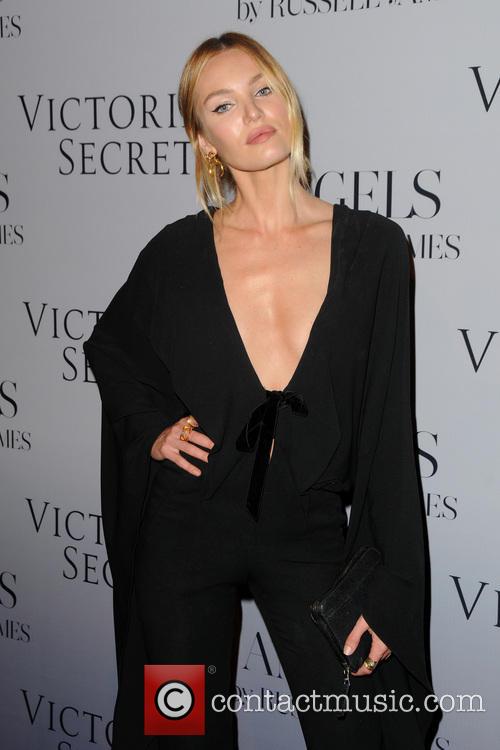 Last month, her fellow Victoria’s Secret model and best friend Behati Prinsloo also became a parent, and a source revealed that the two have been leaning on each other for advice and support as they journey through new parenthood at pretty much the same time.

“Candice and Behati are best friends and they are not far apart from each other in pregnancy due dates,” a source told E! Online. “They both have been experiencing the first stages of being pregnant together and are happy to have each other who understand. They can't wait to be mommies!”

Candice Swanepoel: My beauty products are from my fridge

Candice Swanepoel has got engaged

No acting plans for Candice Swanepoel