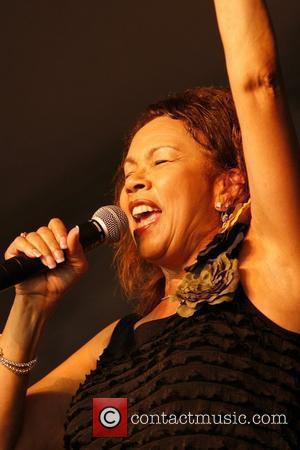 Disco diva Candi Staton's dance anthem Young Hearts Run Free was inspired by the agony she endured during a messy divorce.
The soul singer is best known for the 1976 hit but reveals the upbeat track came to fruition during one of the darkest periods of her life.
She tells U.K. TV show Bbc Breakfast, "I was going through one of the most horrible divorces at the time. I was going through an abusive area of my life. The writer - who is no longer with us, his name is David Crawford - we had lunch and would talk on the phone a lot. He would say, 'What's going on in your life?' I would tell him, 'David, I'm so disgusted. David, I don't know how I'm going to get out of this, I just don't know what I'm going to do. I'm crying and I'm so hurt right now!'
"He would write it down. And when we got ready to do the record, he said, 'I got a song that's going to last forever.' And it has. It's a sad-happy song, all in one. The music is happy, keeps you dancing, folk raising their hands, but if you really stop a moment, stop the music, listen to the words, you'll be like, 'My goodness, those are heavy lyrics!'"
Staton has had four husbands but did not specify which marriage influenced the song.

The Source feat. Candi Staton, You Got The Love, Video Stream Video