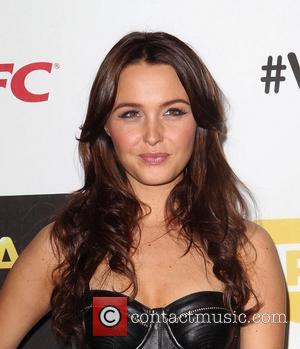 Camilla Luddington's boyfriend is obsessed with the new Tomb Raider video game now that his leading lady is the new Lara Croft.

The British actress, who portrayed royal-to-be Kate Middleton in Tv movie William & Kate, has given the virtual action heroine a makeover and a new voice - and her partner can't get enough of her in the game.

She says, "He's absolutely terrible at games; he has it on easy mode and it takes him about a year to complete a minute of the game.