Camila Cabello treats us to a visual delight as she drives to a family get together at a secluded lavish villa in the video for her new song, 'Don't Go Yet'. From the electric blue walls of the hallway through to the bright yellow trousers of the older gentleman watching the football, Camila Cabello is greeted with a colourful array of images as she enters the house.

Camila meets up with an extraordinary bunch of odd balls and creatives when she shows up alone for a dinner party. Seated at the table for the meal are twelve other guests who have all clearly made an effort to dress up, and, out do one another. It's no wonder that Cabello sings, 'I'll replay this moment for months" as the camera shot pulls away from the almost 'New Romantic' looking ensemble.

As the technicolor visuals continue Camila Cabello takes her seat with the others at the table in an interpretation of Leonardo da Vinci's painting, 'The Last Supper'. The film is further enhanced by some well choreographed routines as the chorus kicks in and Camila sings, "Oh, yeah, don't go yet, don't go yеt, What you leavin' for, when my night is yours? Just a little morе, don't go yet."

On the day that 'Don't Go Yet' premiered Camila tweeted, "#DontGoYet is the first song from my next album, Familia. This album was inspired by two things: family & food. Your family by blood, but also your chosen family. Who you want to sit at the dinner table, get wine-drunk, & dance in the living room with."

The launch of her new single, and lead track from her forthcoming album, was not met with universal approval as there was widespread criticism of one of the dancers used in the video. Camila Cabello said that Dylan Pearce "was just supposed to be a white man with a terrible spray tan." She added that "We purposely tried to pull together a multicultural group of performers, the expectation was not that everyone in the performance needed to be Latin. There are white people, African-American people, Latin people etc. and so the point wasn’t to try to make everyone look Latin either. There are a lot of people in the performance who are not. The point was to try to make each person look like an over the top 80’s character just like in the video, including a white dude with a terrible orange spray tan." 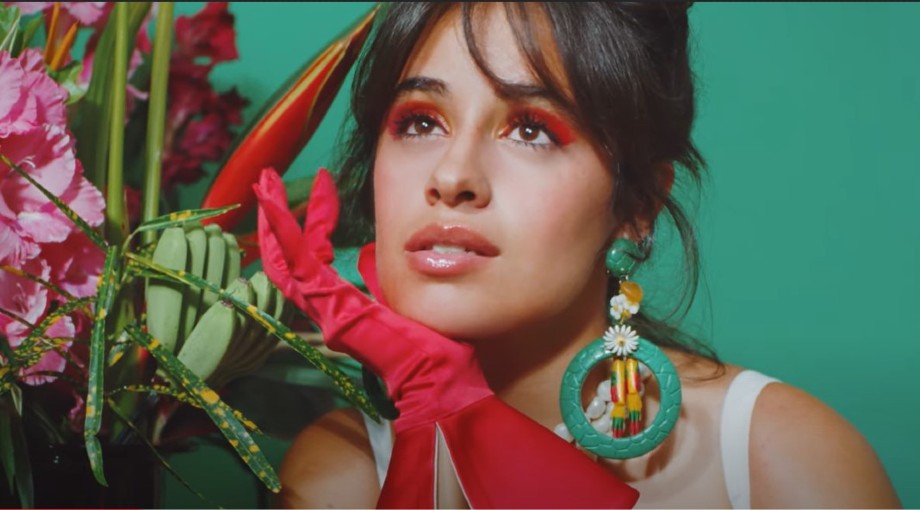