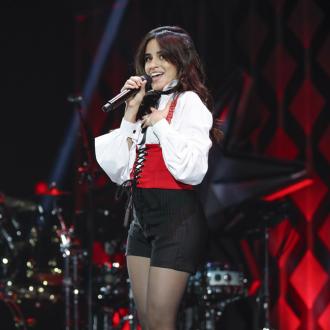 Meanwhile, Camila recently opened up about how she thinks there is a lot of ''breaking barriers'' in the music industry right now and she is thrilled to see Latin artists getting mainstream recognition now.

She explained: ''I think that the good thing about social media and the internet is that I feel like it makes the world smaller and it just kind of breaks down barriers between languages, between people, between cultures, and I think that might have something to do with that. I've been listening to Spanish music forever because that's just not even Spanish music to me, it's just music

''But I feel like with everything that's gone on this year and also with groups like K-pop groups performing on American award shows and making their way into the mainstream American industry, I just feel like there's a lot of just breaking barriers. Which I think is super beautiful, and I don't know exactly what there is to credit for that, but I'm definitely glad it's happening.''

And the 20-year-old singer previously admitted she felt like she's had to ''prove'' to her collaborators - which include the likes of Diplo and Shawn Mendes - that she is a real artist.

She said: ''I just really wanted to prove to people that I had something to say and that I wasn't just a singer, that I was an artist, that I had a point of view and knew exactly the song that I wanted to write or the lyrics.

''The first few weeks were me really wanting to prove that to people and prove to myself to. People I was writing with were like, that's actually a really great lyric, or that's a really good idea, or oh yeah we should do that!''