Camila Cabello has 'butterflies' ahead of solo album release 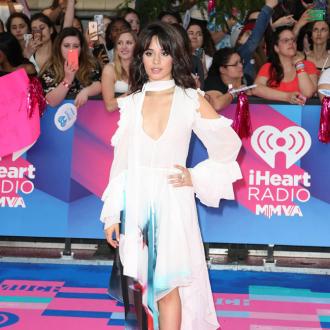 The brunette beauty has finished her first album titled 'The Hurting. The Healing. The Loving' since quitting Ffifth Harmony last year.

And though the compilation is slated for release in 2018, she is anxious about unveiling it to the public.

She tweeted: ''my first album is done and the butterflies in my stomach are fully aware (sic).''

Although Camila is apprehensive about the launch, the 'Havana' hitmaker insists she is not bothered about chart success and whether her songs will top the charts.

Speaking previously, she said: ''I feel like for me, it's about looking back and being like, I really did this how I wanted it to be. Whether it's a performance, a song or an album.''

But Camila doesn't think ''success'' is measured by the ''result or data'' from a track or album, but is a personal achievement.

She added: ''It's just about just me looking back at it and saying yes, this is how I wanted to present it to the world. The success is not about the result or data from it, it's just about doing the best I can do from it.''