'What To Expect When You're Expecting' Leaves Audience Craving More 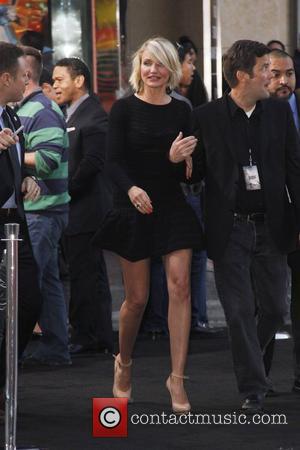 Picture: Cameron Diaz The Los Angeles Premiere of 'What to Expect When You're Expecting' - Outside Arrivals Los Angeles, California - 14.05.12

Cameron Diaz and Matthew Morrison star in the chirpy new movie 'What to Expect When You're Expecting', about five interconnected couples who experience the ups and downs of having a baby. The movie - also featuring Jennifer Lopez and Elizabeth Banks as part of a heavyweight cast - is expected to perform strongly at the box-office this weekend, though critics feel director Kirk Jones has perhaps missed a trick.

Though the movie flirts with being a pretty generic comedy, critics have at least agreed that, at times, it throws up some genuine comedy. A.O Scott of the New York Times observed, "The overall mood is of warm reassurance, and some of it is even pretty funny", while Lael Loewenstein of Variety magazine said, "Helmer Kirk Jones does a solid job negotiating the material and managing the few tonal shifts when an occasional dark moment emerges". Unfortunately for Diaz and co, that's about as good as it gets in terms of positive reviews. Eric Hynes of the Village Voice commented, "For all the fear, loathing, and overthinking that Murkoff's bedside text engenders, its journey ends with the hopeful beginning of a new life, whereas the movie leaves you hoping for a swift end to your own". Movieline offered, "Think one scene in which a woman howls and makes funny faces during labor is funny? How about many of them together?". It all makes for a relatively paltry 31 per cent on the review aggregating site Rotten Tomatoes.

With cameos from the likes of Chris Rock, Brooklyn Decker and the British pop star Cheryl Cole, it should be enough of a draw at the box-office to make a healthy profit in the coming weeks.